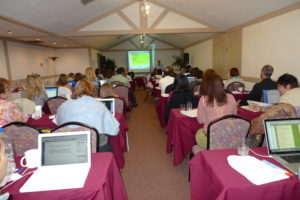 Homeopathy was first mentioned by Hippocrates (462–377 BC), but it was a German Physician, Samuel Hahnemann (1755–1843), who established Homeopathy’s basic principles:

In Homeopathy, diseases are treated with remedies that in a healthy person would produce symptoms similar to those of the disease. Rather than fighting the disease directly, medicines are intended to stimulate the body to fight the disease. By the latter half of the 19th century, Homeopathy was practiced throughout Europe as well as in Asia and North America.

Homeopathy has been integrated into the national health care systems of many countries including India, Mexico, Pakistan, Sri Lanka, and the United Kingdom. While Homeopathy enjoys popular support in many countries, it almost disappeared in the United States in the 1920s, due largely to the efforts of the pharmaceutically controlled medical establishment.

Today, however, more and more people are turning to this safe, non-toxic alternative form of treatment. Homeopathy is presently enjoying a worldwide renaissance, and the Los Angeles School of Homeopathy helps meet the growing need for competently trained Homeopaths. 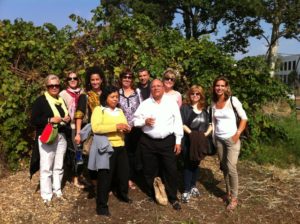 Although Homeopathy emerged over 200 years ago, Homeopathy in the US is still relatively small compared to the rest of the world. The success of Homeopathy has been clearly documented: First in Europe in the 1820’s and 1830’s during cholera and typhoid epidemics, as well as in the United States during the deadly flu pandemic of 1918. Statistics showed that Homeopaths had a death rate of only 1.05%, in comparison with over 30% under allopathic care, and even up to 60% at times.

In the First World War, there was a Homeopathic medical corps, staffed by 100 nurses, 22 physicians and two dentists, all Homeopaths. In 1922 President Harding, whose father served as a Homeopathic physician in the Civil War, hosted a convention of Homeopaths at the White House. The only monument to an MD in Washington D.C. is dedicated to Samuel Hahnemann MD, the founder of Homeopathy.

Homeopathy literally means “similar suffering”. What produces symptoms in a healthy person cures the same illness in a sick person.

Homeopathy recognizes that each person is unique.

For example, one person’s headaches are different from another’s. A classical Homeopath treats the whole person, not just the symptoms. All levels of being –physical, emotional, and mental -are viewed within one therapeutic ideal. There are not many medical offices where a patient can talk about their migraines, anxiety, bowel movements, skin eruptions, low libido and dreams all in one place. Homeopathy treats the whole body, not just individual parts.

We recognize the deep inner connections the body shares as a whole and the intimate connections between mind, body and spirit. 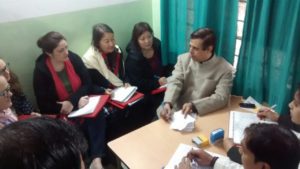 A Career as a Homeopath

Demand for well-trained, professional Homeopaths is increasing, as this area of natural health is becoming more widely accepted by health professionals and the public. With intensive training over the three-year course, Los Angeles School of Homeopathy graduates enter professional practice possessing a sound education that enables them to handle the demands of a Homeopathic practice in the 21st century. There are opportunities to start your own practice locally and internationally.

The United States government is beginning to recognize the natural health industry in an increasingly significant manner, therefore more opportunities are arising for qualified Homeopaths within the conventional health care industry. This will differ from state to state.

Homeopathy in the United States is continuing to experience significant growth as more and more Americans discover firsthand the benefits of using Homeopathic treatment. Homeopathy is used by doctors, veterinary surgeons and by many other healthcare professionals.

In pharmacy, dentistry, nursing, midwifery and podiatry, practitioners use Homeopathy for their patients within the bounds of their profession.

The Los Angeles School of Homeopathy remains at the forefront of evolutionary Homeopathic education, and is proud of the caliber of the skilled Homeopathic practitioners who graduate from its course.

Currently, it is estimated that 500 million people worldwide use Homeopathic medicines as their primary choice of medicine. This number is growing at a breathtaking rate. Britain and India have government-run Homeopathic hospitals. In many European countries, Homeopathic treatment is state-funded and receives medical insurers’ support. Homeopathy remains very popular in South America, South Africa, Australia and the United States.

Homeopathy is widely referred to as the medicine of the 21st century. More and more people are looking for a treatment that heals the whole body, not just the physical; that treats the root of the problem, not just the symptoms; that is natural and chemical-free and non-addiction forming: Homeopathy is such a therapy.